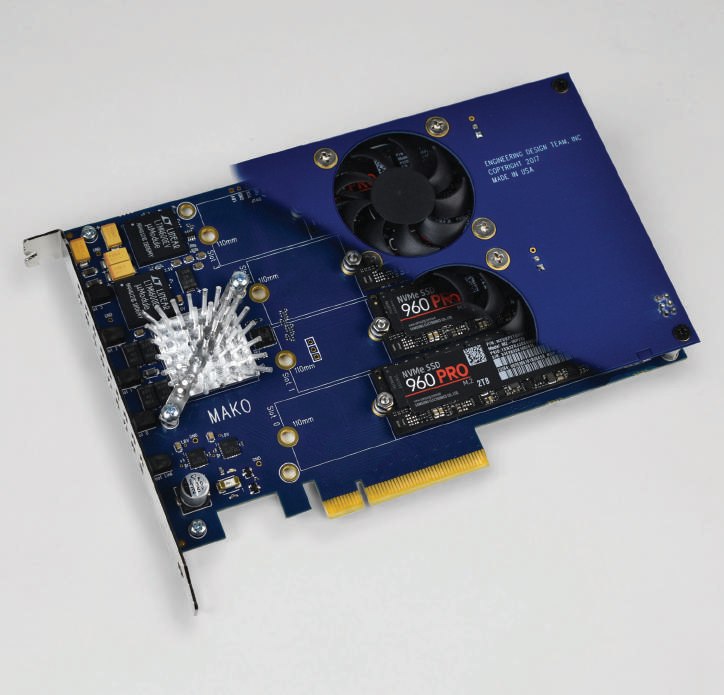 Bring your own M.2 NVMe solid state drives (SSD) and plug in to the EDT Mako carrier board to record up to 8 Terabytes of storage capacity. The board seats in a standard PCIe slot, and takes up to four ultra high speed NVMe RAID disk drives. 512 GB, 1 TB or 2 TB SSDs can be used, totaling 8 TB.

EDT has benchmarked read/write speeds of 6 GBs on a CentOS 7 system.