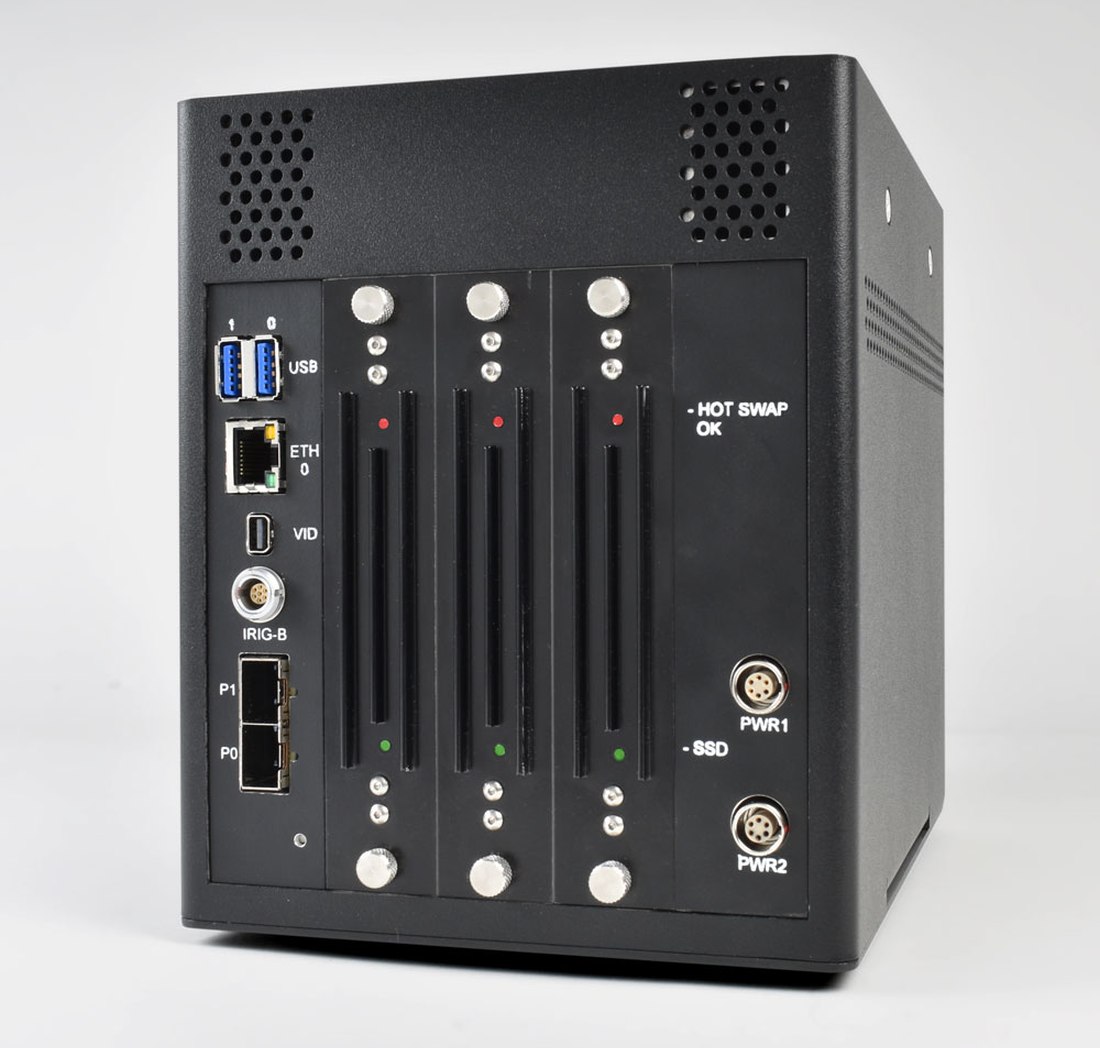 The TACWRAP VITA 49 is a compact, conduction cooled, self-contained system for recording and playback of VITA 49 data streams.

With 8, 16 or 24 TB of hot-swappable data storage and one or two high speed optical interfaces, it provides a reduced size, weight, and power (SWaP) VITA 49 record / playback solution.

Up to 32 streams can be read via one or two high speed optical data interfaces and recorded to files which can then be processed, offloaded to external storage, or played back as VITA 49.

Single or multiple stream IDs can be filtered when capturing packets to provide for separate storage of distinct streams. Streams can be stored as VITA 49, PCAP, raw I/Q data, or clearbit Ethernet.

Stored data can be played back through the optical channels, with independent control of rates from different DMA channels. Playback can be filtered on stream ID, allowing playback of a subset of the recorded streams, and separate files can be played back to separate VITA 49 streams.