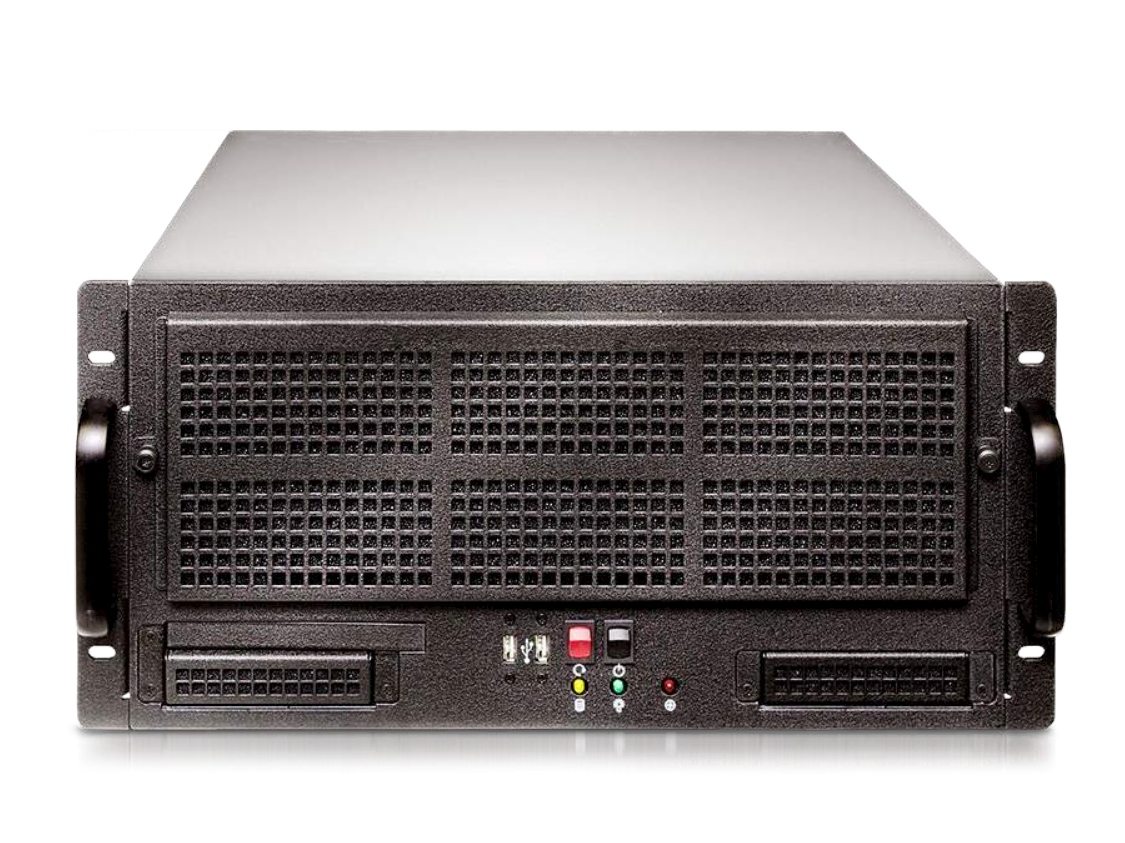 The BittWare TeraBox 5000TT is a 5U serial expansion chassis for 8x BittWare double-width FPGA PCIe cards that can be connected to a BittWare FPGA server to connect multiple FPGA boards to the same host.

This configuration of Server and multiple Expansion Chassis delivers high power processing of 8 BittWare FPGA accelerator boards and low latency I/O at speeds up to 4.6 Terabits per second.

BittWare’s FPGA boards are equipped with a Board Management Controller (BMC), which accepts IPMI 2.0 commands. BittWare’s BittWorks II Toolkit is used to program the FPGA over USB, monitor board power and temperature, and reprogram the onboard clocks. You can also to set points to shut down the board if it overheats, to access JTAG, and for remote access of the software tools.

Your TeraBox FPGA server is delivered pre-configured and tested, including setup and installation of your FPGA boards and associated hardware, your choice of operating system, and the development tools.